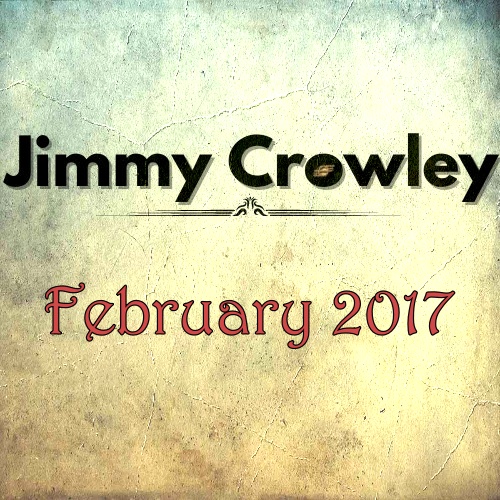 Folks, folkies, friends and fans, lend me your eyes for just a moment. I’ve been up the walls, like all just people in this fascinating planet, and here are a few of the fascinating and engaging projects that have taken my time and energy (now very limited) since last we spoke on ‘Touchline.’

Some time in February, we’re releasing the new single, Feel Like A King, and you can view it now on the video section of this site. The physical single, because I still believe in such things, is an all-right, pretty attractive envelope style presentation with the A side, the B side, Easter Week, 2016 on one disc and then, across the way, find a second disc bearing the video, Feel Like a King. The pack sports some recent photography and credits, as you’d expect.

Feel Like a King is a cry from the road, a road ballad confessing too much time away from the family in America, Europe and all over Ireland, England and Scotland. The intention was to write a simple song for my son James’s twenty-first; but something invisible grabbed my wrist and said, ‘No, you don’t! Tell him the truth! About how long you were away following your dream and missing so many wonderful stages!’

And so, the song was born and I’m getting nice response to it. We shot the video, almost exclusively on location in Cobh, Co. Cork with the band in Dave Murphy’s studio in Blarney; he’s the cove playing the piano.

My Celtic Utopia, Hy Brasil, positing a Cultural Revolution in Ireland in the near future and an Artists’ Party will be finished at the end of February-it has to be! I’ve been laboring on this novel forever and I can do no more. I am delighted to announce that the brilliant, distinctive, Canadian artist, Derdriu Ní Ceocháin has agreed to illustrate the book.

The rest of my creative time (you don’t need to know about the other bits- and I hate when singers expect us all to be attentive to their petty personal addictions and shortcomings-far too common place!) was spent in writing newspaper articles, new songs the creation and execution of such must be a beautiful gift, surely. I’m listening more to the Muses, especially the lady Muse who said, ‘No you don’t: tell him the truth!’ and a new album bearing the simple title Life is coming soon (ish). My observations on Life, in America and Ireland, for, as Socrates (or was it Plato?) says, ‘The un-observed life isn’t worth a shite.’

You will notice, dear friends, that I’m not overwhelmed with live work: that’s because I have drawn the line with pub gigs. Now, that doesn’t include folky listening rooms in pubs apart from the open bar, not will it exclude me from favourite sessions; or indeed, from pubs I particularly adore or landladies, landlords that I have long friendships with me. But from now on, audiences will no longer have to endure giant soccer screens, blaring music, loud talk, etc.

But they mightn’t see me as often. That’s all right.

I hope you all have a great year, enjoy the lovely spring, be active and don’t eat too much.
Yours, Jimmy Crowley, The Cove of Cork, last day of January 2017